I am a dedicated and qualified complementary therapist since 1999.  After having worked in offices since leaving school I have encountered  many stress–related illnesses amongst my colleagues, especially in my last job working for a local newspaper, there were constant deadlines and most days, although not boring, were very stressful and I began to see more and more people being affected by their jobs.

I began to think that there should be something that they could do to help them to manage their stress and that’s when I came across Complementary Therapies and decided that was what I wanted to do – to help people!

I began reading about reflexology and thought it was such an interesting and amazing treatment that I quickly found a course and began training in it within a few weeks. Whilst training in reflexology, I also trained in Indian Head Massage and Reiki. These three treatments benefitted so many people and I was so passionate about my new line of work, though it didn’t feel like work to me.

Since then I have become qualified in numerous different forms of massage and reflexology and I am also a qualified aromatherapist, which I completed in 2016. 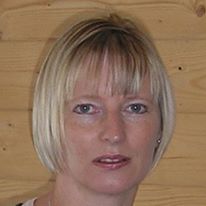