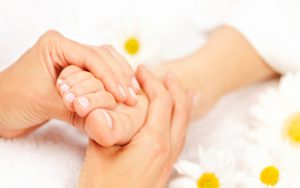 Nowadays, mental health issues such as anxiety are getting more prevalent. To address this problem, lots of medications and treatment methods were formulated.

However, many people still prefer traditional methods of healing simply because of their effectiveness. Can reflexology alleviate the symptoms of anxiety?

Assumptions of Reflexology for Anxiety

Reflexology is a form of bodywork that works under the assumption that organs of the body are well represented by the reflex points found on the hands and feet. When pressure is applied on these reflex points , the central nervous system is stimulated to release a relaxation response which is beneficial in alleviating he symptoms of anxiety.

It can stimulate the function and health of certain organs in the body. Furthermore, it brings healing and therapeutic effects to the human body.

Through the years, reflexology has earned a good reputation as an excellent treatment for anxiety. In one study, it was found out that reflexology can help in reducing stress and driving the level of blood pressure to an optimum level which indicate relaxation.

Alleviating the Symptoms of Anxiety with Reflexology for Anxiety

Anxiety and stress is released through the stimulation of the lymph nodes to move properly, stimulation of the paths which the nerve takes and relaxing the muscles of the body. By applying pressure to the stomach reflex, symptoms of anxiety such as nausea, butterflies in the stomach and changes in appetite are eliminated.

Reflexology also helps in stimulating the pineal gland which regulates the wake and sleep cycle of the body. This is beneficial for patients who are suffering from sleep disorders such as insomnia which are normally associated with anxiety.

Reflexology for Anxiety – The Conclusion

The stimulation of the pituitary gland reflex points can help in reducing the occurrence of anxiety symptoms and helping the body respond properly to stress. Meanwhile, stimulating the reflex points of the small intestines and colon can help in eradicating irritable bowel symptoms.

When the solar reflex points are stimulated, it encourages a feeling of well-being, reducing the sensation of ‘butterflies’ in the stomach, promoting calmness and relaxation, and slowing down the rate of breathing.

Reflexology helps in regulating the body’s production of natural painkillers and anti-depressant hormones which promotes relaxation and calmness.

Despite the growing number of claims about the effectiveness of reflexology in reducing the symptoms of anxiety, there are only limited extensive scientific studies which can verify these claims.

I hope you have found the information in this article useful.