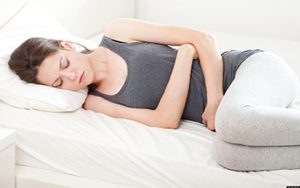 Constipation is one of the most common bowel disorders that respond remarkably well with reflexology. It shows promising results in alleviating the physical and emotional symptoms of constipation.

Constipation is a health condition that is mainly described by a slow bowel movement as a result of unhealthy diet, lack of water, low back injury and medication.

Constipation can also be caused by factors like hormonal imbalance, thyroid problems, stress and travelling.

It can come in the most unexpected time at the most inappropriate place and its symptoms can really be painful and uncomfortable.

Reflexology for Constipation – The Facts

It normally occurs when the stool has remained in the colon for a longer period of time and when the water which the faeces have to carry have dried out.

In a healthy bowel movement, an individual can expect soft stools while dry and hard stools can be expected for a constipated person.

What You Should Know About Reflexology for Constipation

Reflexology is an ancient bodywork that revolves around the idea of applying gentle pressures into the reflex points of the hands and feet that correspond to the target glands, organs and muscles.

According to research, reflexology for constipation improves the circulation of the lymph and blood which allows every cell of the body to obtain sufficient amount of nutrients and oxygen which are necessary for their efficient functioning.

Reflexology Shows Promising Potentials in the Treatment of Constipation – How?

Reflexology for Constipation – The Conclusion

Reflexology for constipation actually helps in enhancing the peristaltic movement in the colon and intestines which improves the process of digestion. It normalizes the bowel movements which results to an improved digestion and elimination.

By working with the nervous, digestive and lymphatic systems of the body, wastes and toxins are eliminated regularly.

Reflexology for Constipation also brings relaxation effects that ease the feeling of sluggishness during constipation.

Through an expert reflexologist, imbalances are immediately detected and congestions are released which inhibit the digestive system from performing its functions.

By eliminating wastes and toxins regularly, tensions and stress in the central nervous system are broken down, circulatory functions are enhanced and nutrient absorption is improved.

What Patients Can Expect During a Reflexology Treatment Session?

In a reflexology treatment session, physical response immediately begin to manifest as a result of the body working harder to gEt rid rid of wastes and toxins.

Exhaustion, small unexpected spasms, unintentional burps, decrease or increase of energy, extreme feeling of tiredness and flu-like symptoms are some of the most common physical responses manifested during a reflexology treatment session.

When applied an hour before or after mealtime, reflexology proves to yield excellent quality results. It make time for results to come out but it is undeniable that it is effective in alleviating the symptoms of constipation.

It works better and faster than laxatives in triggering the movement of bowels and it does not cause cramping or dependency.