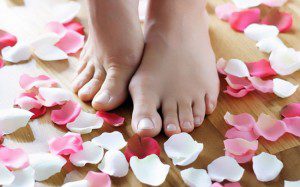 The art of reflexology has its roots as far back in history as the ancient Egyptians. Hieroglyphic depictions of foot reflexology have been found in the the pyramids, and the time-honored art of healing the body through foot mapping is still popular today. Some thousands of people get foot reflexology treatments per year.

Although the origination of the art of reflexology is believed to have started in Egypt, the trend made its way into East Indian and Chinese cultures. In the 1920s, reflexology made it to the United States, where it was then studied intensively by a group of physicians and neurologists. At the forefront of the movement was physiotherapist Eunice D. Ingham, whose studies of the massage helped her to develop what is now referrer to as the Ingham Method.

Foot reflexology uses what is known as “foot mapping” techniques, which are implemented by envisioning the bottom of the foot and sometimes the palms of the hands as having vital organs, divided up into zones. These zones, when manipulated in a reflexology session, can promote health in the body by stimulating that organ’s function.

Ingham recognized that these zones were associated with an almost electric pain when certain functions in the body were operating improperly. By targeting these problem areas, reflexologists can assess what is going on in the body and work the zone associated with the problem to correct it. Many maladies can be put to rest in this way. In Ingham’s original research, she found that even some heart conditions could be lessened or reversed.

Ingham’s development of the modern form of the foot treatments we know today also uses deep massage to awaken the lymph system. The lymph system is the body’s natural pain and stress relief system. The lymph resides in tiny clusters called nodes, which are located in increments across the length of the body. By massaging them, they release pain-relieving lymph into the bloodstream and put the recipient at ease.

Many holistic healers turn to this process in order to heal the body or prevent disease. It can also be used to maintain health and well-being once healing has occurred. With regular maintenance, the initial pain and discomfort experienced during first visits dissipates and the recipient is able to relax and enjoy the benefits of the foot massage without discomfort.

Tenderness and pain are to be expected when the body is not in good health. These pains should not be feared, but expected as warning signs pointing to a specific problem within the body, which might have otherwise remained unseen. This is no need to worry. Experienced reflexologists know how to gently work the tissues in order to prevent pain and tenderness as much as possible.

The principles as developed by Eunice Ingham have done much to promote health in many. For many who try it, reflexology can easily become a mainstay in a person’s health regimen. Those who do are reported to enjoy a greater rate of healing through the benefits of foot mapping and reflexology.