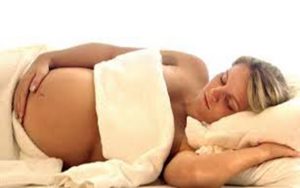 Reflexology is a Complementary Therapy that helps restore balance to body, mind and spirit. Pressure is strategically applied to areas of the ears, hands and feet that correspond with specific organs and bodily systems. This stimulates the blood flow, immune systems and other areas of the body and relieves any imbalances that may exist.

While pregnancy is a joyous times for women, there can also be some physical, mental and emotional distress for a gestating mother.

Reflexology eases the distress felt at every stage of pregnancy, stimulating the bodies healing qualities to relieve complaints such as morning sickness, fatigue, Digestive disorders, swollen extremities, Backache, Cramps and incontinence among others.

How does it work?

Reflexology and the Breeched Baby

A breeched baby is one whose feet or bottom are turned to the cervix. For the simplest birth, it is better if the baby’s head is to the woman’s cervix when it is time to give birth. The majority of babies turn themselves around the 37thor 38th week; however, there is a small minority that do not thus needing medical or some other intervention to turn the baby otherwise most hospitals will deliver via c-section.

Reflexology is a proven method of turning babies to ensure that the mother has a safe, quiet vaginal birth. There is a technique for stimulating an acupressure point on the foot near the little toe that helps breech babies turn. This point should be avoided in Reflexology sessions in early pregnancy and be used specifically if the baby is breeched and needs help turning.

Reflexology is used in the later stages of pregnancy especially when a woman is overdue to encourage labour. This treatment can be applied at any stage in the labour process as effects are felt between 2-15 minutes of starting the therapy.

During labour, Reflexology stimulates the pituitary gland which releases the hormones that speed labour and relieve pain, reducing the need for epidurals. Fully clothed, the pregnant woman’s feet are rubbed with witch hazel to stimulate the gland and get the hormones flowing. This process can last for 45 minutes to an hour. In some hospitals reflexology is supported and the treatment can continue even in full pregnancy at 15 minute intervals.

Reflexology has been known to reduce the period of labour by as much as 30% if used in the weeks leading up to and during labour. Also, it helps enhance the mother’s energy while aiding with muscle relaxation between contractions.

Reflexology after the birth

Reflexology is very useful to help a new mother recover from the delivery process and adjust to the early stages of motherhood. This treatment helps reduce stress and boost the energy level that living with a newborn may take from a mother.

From the delivery room, where it is used to help eject the placenta to months later, reflexology eases the time for the woman. Stimulating milk flow and allowing the body to heal from the delivery, Reflexology is safe and relaxing for the new mother. It can also help relieve urinary retention.

For those seeking to get pregnant reflexology also helps with those suffering from infertility issues. It relaxes the body and allows the woman to feel more confident and in control of the process of fertility. As the woman becomes more relaxed, the chances of the fertilised eggs attaching to the uterine wall and catching as the term states is increased. Reflexology empowers this process by preparing the reproductive system for conception and creating the right environment in the woman’s body for pregnancy.

Reflexology has been seen to ease the conditions that lead to infertility in women such as Anovulation which is the absence of ovulation, Amenorrhoea which is the lack of menstruation and Endometriosis. These conditions have all been proven to be relieved via 5 or more reflexology sessions.

From fertility to delivery and beyond, Reflexology is a powerful aide to mothers and pleasant to experience. For those mothers that work close to the date of delivery, Reflexology’s restorative powers are extremely precious. Reflexology is natural and safe way to aid a woman deal with the changes associated with the entire pregnancy process.